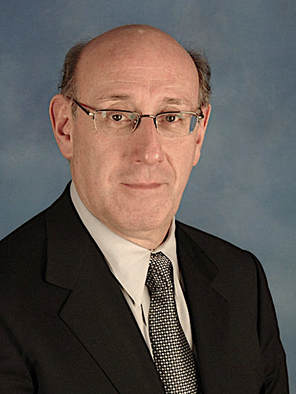 A native of Brockton, Massachusetts and a graduate of UMass Amherst, Kenneth R. Feinberg ’67, ’02H is one of the most prominent and dedicated attorneys of our time and has been key to resolving many of our nation's most challenging and widely known disputes. Feinberg's work in victim compensation began in the 1970s with the Agent Orange and Love Canal settlements. An international expert in complex mediation, arbitration and alternative dispute resolution, he is well known as the special master for the September 11th Victim Compensation Fund.  He has also worked on the Virginia Tech Hokie Spirit Memorial Fund, the BP Gulf Coast Claims Facility and the One Fund Boston.

After earning a degree in history from UMass Amherst in 1967, Feinberg attended the New York University School of Law. He went on to serve as a clerk to Chief Judge Stanley H. Fuld, as a federal prosecutor and as Chief of Staff for Senator Edward M. Kennedy.

Feinberg founded his Washington, DC-based law firm, The Law Offices of Kenneth R. Feinberg PC, in 1992. In the commercial sector, he designed, implemented and administered an alternative dispute resolution settlement program involving Liberty Mutual Insurance Company, Zurich N.A. Insurance Company and Hurricane Katrina and other Gulf hurricane claimants.  He has also served as Distribution Agent for AIG Fair Fund claimants and has been the fund administrator for a variety of claimant funds totaling more than one billion dollars. In his capacity as an arbitrator, Feinberg helped determine the fair market value of the original Zapruder film of the Kennedy assassination and legal fees in Holocaust slave labor litigation.

In 2004, Feinberg was named "Lawyer of the Year" and has been named repeatedly as one of "The 100 Most Influential Lawyers in America" by the National Law Journal. He was appointed to two presidential-level commissions and has written a book sharing his experience and expertise entitled, What Is Life Worth? UMass Amherst awarded Feinberg an Honorary Doctor of Laws degree in 2002 for his varied contributions to victim’s compensation.

Feinberg has been a long-time supporter of UMass and Hillel and we are pleased to honor him this year at UMass Hillel’s Tribute to Excellence.
Steve Grossman 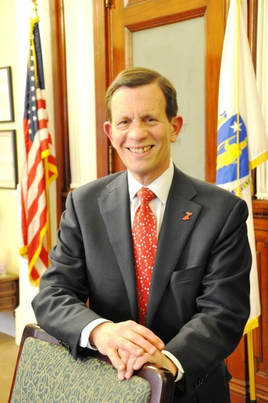 As CEO of ICIC, Steve leads a dynamic and growing team of professionals dedicated to achieving economic prosperity in America's inner cities. Steve is focused on setting ICIC's strategic direction, leading the organization through a period of rapid growth and extending ICIC's national visibility and brand. He directs ICIC's efforts to secure new partners and drive private sector engagement and investment.

Prior to joining ICIC, Steve was elected Treasurer of Massachusetts in 2010 and served in that position from 2011 until 2015. One of his principal achievements in that office was the creation of the Small Business Banking Partnership, a pioneering initiative that was responsible for moving almost $400 million of state deposits into community banks that used these funds to make more than 10,000 loans with a value of over $1.6 billion, with a principal focus on businesses owned by women, minorities, immigrants and veterans.

Prior to taking office, Steve served for 35 years as President of Grossman Marketing Group, a fourth-generation marketing communications firm started by his grandfather. Steve has been an active leader in many civic, philanthropic and political organizations. These positions include former board chair of Brandeis University, former national chairman of the Democratic National Committee, former president of the American Israel Public Affairs Committee (AIPAC), founding board member of MassInc and life trustee of the Museum of Fine Arts. He currently chairs the advisory board of Cambridge College.

Steve graduated from Princeton University and Harvard Business School where he was a Baker Scholar. He is married to Dr. Barbara Wallace Grossman, a theater historian and director, who is a professor in the Department of Drama & Dance at Tufts University and serves as vice-chair of the Massachusetts Cultural Council. Steve and Barbara have three sons, David, Ben and Josh, and six grandchildren.
Kumble R. Subbaswamy 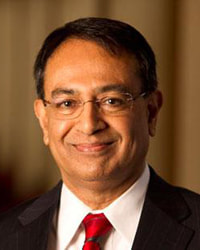 Kumble R. Subbaswamy became the 30th leader of UMass Amherst July 1, 2012. He has emerged as a popular and well-regarded chancellor for his pursuit of academic excellence, promotion of research and outreach, and initiatives aimed at addressing campus climate, diversity, and culture.

Subbaswamy has overseen the opening of new cutting-edge academic and athletic facilities, including Commonwealth Honors College Residential Community, the Integrative Learning Center, the Life Science Laboratories, and the Football Performance Center. He has made sustainability a campus priority and he is focused on strengthening community relationships, supporting area communities, and increasing access to the university’s rich academic and research resources.

Championing an open and transparent leadership style, Subbaswamy enacted a comprehensive campus-wide strategic planning process to continue to build on the successes of UMass Amherst in the coming years. As part of fortifying the future, Subbaswamy has played a key role in UMass Rising, the $300-million fundraising campaign, the largest in campus history.
Subbaswamy has instituted plans to improve the UMass educational experience by introducing more opportunities for undergraduate research experiences and integrative and team-based learning. His priority is also to increase the enrollment of students from low-income communities. Under his tenure, the campus’s status as a research powerhouse that touches— and often transforms—communities in the state and around the world will be enhanced.
Before coming to Amherst, Subbaswamy served as provost at the University of Kentucky since 2006. A physicist, he joined Kentucky’s faculty in 1978 after serving as a post-doctoral fellow at the University of California, Irvine. During his first 18 years at the University of Kentucky, he served as associate dean of arts and sciences and as chair of the Department of Physics and Astronomy.

In other administrative positions, Subbaswamy was also dean of the College of Arts and Sciences at the University of Miami from 1997 to 2000. Then he left to become dean of arts and sciences at Indiana University Bloomington, serving until 2006 when he moved to Kentucky. He holds a bachelor’s degree in science from Bangalore University, a master’s in physics from Delhi University, and a PhD in physics from Indiana University. He was elected a fellow of the American Physical Society in 1989. His primary research area is the optical properties of novel materials and nonlinear excitations. He has published more than 60 articles and coauthored a book on the local density theory of polarizability.
Robert Epstein 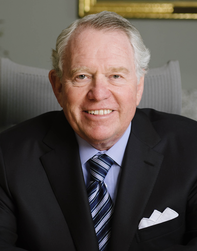 Robert Epstein was raised in Brockton, MA and attended the Wooster School in Danbury, CT and later graduated from the University of Massachusetts – Amherst in 1967 with a BA Degree.  Upon graduation he joined his family business, then known as Brockton Wholesale Beverage Co.  At the time, the company was a small regional beverage wholesaler serving southeastern Massachusetts.

Bob participated in all areas of the company eventually becoming President. Together with his cousin and partner, James Rubenstein, Bob transformed the company from a small regional operation into the largest beverage alcohol distributor in New England.  Horizon Beverage Group has been in business for over 85 years, employs over 800 people in 5 states.  The fourth generation, comprised of Bob’s sons, Douglas and Michael, and Jim’s sons, Ben and Sam, are responsible for the day-to-day operations and continue the tradition of excellence and service to their nearly 15,000 retail and restaurant licensed customers throughout New England, but mostly within the Commonwealth.

Bob remains active in numerous civic and charitable endeavors, particularly Brigham and Women’s Hospital in Boston, Hospice of Cape Cod and UMass Amherst and has served as President and/or Trustee for many of these organizations.  He recently served as Chairman of the Wine and Spirit Wholesalers of America and, in 2009, was presented with the Association’s Life Time Achievement Award.  He was awarded the Guardian of Spirits Award from the George Washington – Mount Vernon Society, and inducted into the Hall of Fame of the Massachusetts Restaurant Association in 2003.  Since 2007, Bob has remained very active in UMass Amherst and currently serves on the Board of Trustees.  He has been honored by the State of Israel for his philanthropic activities as well.